Why are we sad at funerals? 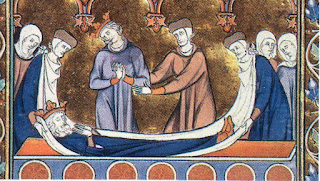 Several characteristic features of human nature, social life, and culture show signs of having been shaped in part by genetic inheritance, resulting from Darwinian selection in our ancestral past.  These evolutionary roots are explored in my new book (Aarssen 2015), where an interesting example concerns the function of funeral ceremonies, and the usual human emotional responses to them.  “The cardinal fact is that all people everywhere take care of their dead in some fashion, while no animal does anything of the sort. … Only a being who knows that he himself will die is likely to be really concerned about the death of others” (Dobzhansky 1967). 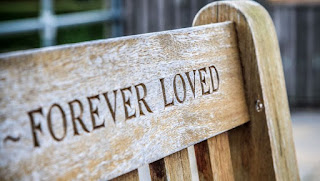 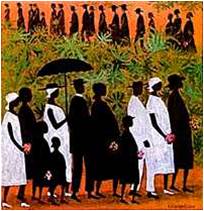 Perhaps funerals then serve mainly to alleviate a crippling worry:  ‘Will I be remembered?  Will I leave something of myself for the future?’  If so, then these emotions might be best understood in terms of a uniquely human Legacy Drive.  As Pinker (1997) put it:  “Ancestor worship must be an appealing idea to those who are about to become ancestors.”

Also interesting is how the sadness and anxiety evoked by such confrontations with death are routinely mitigated by domains for Leisure Drive.  When the funeral is over, people are commonly anxious to forget it as soon as possible, by intentionally seeking out pleasurable, anxiety-buffering distractions — like eating, alcohol consumption, going shopping, and having sex (Mandel and Smeesters 2007, Schultz 2008, Birnbaum et al. 2011, Goldenberg 2013).

Aarssen L (2015) What Are We? Exploring the Evolutionary Roots of Our Future. Queen's University, Kingston.

Mandel N, Smeesters D (2007) Shop ‘til you drop: the effect of mortality salience on consumption quantity. Advances in Consumer Research 34: 600-601.