According to the 'Standard Social Science Model', the human mind at birth is a 'blank slate', or in latin, tabula rasa.  This means that our understanding of the world, and the manner in which we think and behave, are acquired only through exposure to and learning from our environment, including especially the social environment.  Variations in human behaviours then are considered to be entirely a consequence of variable environments and variation in the opportunity to learn from different environments.  In other words, we and we alone are the arbiters of our own minds; they are only what our experiences and opportunities enable them to be, and are not to any significant degree a product of genetic inheritance influenced by Darwinian selection in the ancestral past. 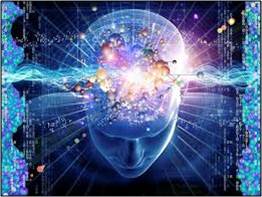 In contrast, according to the 'Evolutionary Science Model', the assembly of the mind is certainly affected by variation in environment / learning experience, and profoundly so.  But it is also — because of genetic inheritance — partially and variably structured at birth.   From this pre-structure, then, the mind develops a degree of ‘prepared learning’.  "In pre-pared learning, we are innately pre-disposed to learn and thereby reinforce one option over another. We are ‘counter-prepared’ to make alternative choices, or even actively to avoid them" (Wilson 2012). Humans learn then in ways that are modulated in part by innate predispositions, and by partially instinctual responses to certain environmental cues that influence a range of variation in particular impulsive motivations and behaviours that generally rewarded the reproductive success of ancestors.

Importantly, this Darwinian view of the mind should not be confused with 'genetic determinism', where the mind is likened to a blueprint or a computer algorithm, with features solely determined by ‘coding’ from genes.  Instead, the human mind is like a jukebox (Tooby and Cosmides 1992), where a number of 'tracks' (genetic instructions) are already stored in the 'machine', but particular environments determine which 'buttons' get pressed to play particular tracks.  The human mind can also been likened to a colouring book (Kenrick et al. 2010), where the inner structure of pre-drawn lines (genetic instructions) interact with environmental inputs (different artists with differently coloured crayons) to determine the final phenotype of the behaviour (picture). 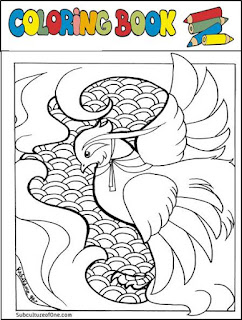 Accordingly, there is very little about the roles of genes and environment in the mental life of humans that reflect alternatives in a 'tug of war' (famously referred to as 'nature versus nurture').  In other words, their relationship in human evolution has been more of an inter-dependence or 'blending', and not where one has generally overwhelmed the other.  As Dobzhansky (1963) put it:  "The premise which cannot be stressed too often is that what the heredity determines are not fixed characters or traits but developmental processes.  The path which any developmental process takes is, in principle, modifiable both by genetic and by environmental variables.  It is a lack of understanding of this basic fact that is, it can safely be said, responsible for the unwilling-ness, often amounting to an aversion, of many social scientists … to admit the importance of genetic variables in human affairs."

In my new book (Aarssen 2015), coming out later this year, I propose that the 'blank slate' model of the mind, itself, may be a cultural (memetic) product of evolution by natural selection.  Being a staunch defender of the 'blank slate' may just be a modern manifestation of a deeply ingrained disposition (inherited from the ancestral past) to be a staunch defender of the 'self' — a disposition that was adaptive to ancestors because it helped to dispel the worry that one might be stuck with an intrinsically inferior 'self'.  The Evolutionary Science Model of the mind poses a threat, therefore, because it espouses that an 'inferior self' is likely to be informed, at least partially, by less-than-superior genes. Tenacious belief in the 'blank slate' then (like belief in religion) provides a buffer from the fear of having limited potential for memetic legacy  (with the latter conjured  by  self-impermanence anxiety  — explored in an earlier post).    It  also  facilitates  the  appealing 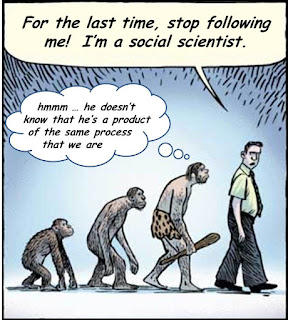 notion of a sense of 'ownership' of who you are; i.e. giving license for you — your 'inner self' rather than your physical DNA — to take personal credit for the kind of person you turned out to be, and hence the quality of memetic legacy that you have potential to leave — thus bolstering self-esteem (a handy toolkit item for promoting gene trans-mission success).  If this interpretation is correct, then the debate between the Standard Social Science ('blank slate') Model of the human mind and the Evolutionary Science Model of the human mind is misguided; in other words, the 'blank slate' view is not in conflict with Darwinian  evolution —
it is a cultural product of it.

Aarssen L (2015) What Are We?  Exploring the Evolutionary Roots of Our Future.  Queen's University, Kingston.