The evolution of cool 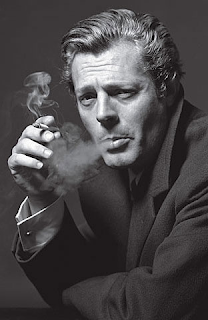 For my new book (Aarssen 2015; coming out later this year), I’ve been thinking lately about the culture of ‘cool’, and in particular whether it can be understood in terms of probable evolutionary roots. The term ‘cool’ has assumed several connotations over a long history of social evolution, commonly referring to characteristics of people, but also, in some cases, things or situations. But one version in particular has endured, and remains conspicuous today: the person who is regarded as ‘cool’ because of a distinctive attitude — represented in certain ways of walking or speaking, or certain types of facial expressions or gestures (sometimes with props/accessories like sunglasses or cigarettes) — that evokes a demeanor of composure, self-confidence, and nonchalance towards situations where, normally, excitement or emotional vulnerability would be expected.


This is usually also accompanied by a distinctive appearance or presentation — e.g. reflected in certain styles of dress or grooming (e.g. hair, beard), certain choices for hobbies, or certain 'tastes' (e.g. in music, preferred restaurants, or home furnishings) — that evokes an impression of being impervious to the sway of popular fashions and conventions. These have been the trademarks of the beatniks, bohemians, eclectics, freethinkers, eccentrics, hipsters, and elitists. 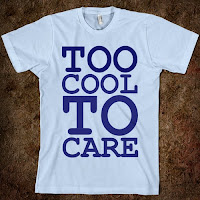 The question is: Why are we impressed with this? What interests me is whether it might be rooted in our intrinsic attraction to anything that points to potential for defying inevitable death — an apparent indifference to awareness of self-impermanence.
Do people admire coolness and want to be like cool people because this signals a talent that could be deployed for dismissing or buffering the normally crippling private anxiety of mortality salience?
Did our ancestors want to be around cool people (including as a potential mate) because they thought that this talent might somehow rub off on them? 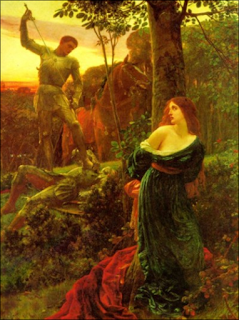 Perhaps coolness served our distant ancestors by ‘announcing’ truthfully (to potential adver-saries and potential mates), an unflappable superiority: “My talents for poise and emotional control have such high quality that nothing fazes me; I can handle any challenge with dispassionate ease.” The embedded message here is that this includes the challenge of responding effectively to the universal human terror from the ‘curse of consciousness’: “to know that one is food for worms”, as Becker (1973) put it. According to this hypothesis then, potential mates that were authentically cool were not only socially popular; they were sexually attractive and probably also a good bet for being equipped to provide for (and to favourably inspire) one’s offspring — all good things for gene transmission success.


Natural selection (and hence cultural selection shaped in part by natural selection) in our ancestral past, therefore, may have favoured (probably especially in males) dispositions (informed by genetic inheritance) for public mannerisms and styles of many sorts that projected a confident, self-determining, calm, and collective persona, with an elite knowingness — as truthful advertisements of these personifications. This would have also required of course the evolution of capacity to accurately detect and correctly interpret these advertisements in others. And at the same time, therefore, the evolution of strategies for deception would have been inevitable. The latter, much of the time, can reward reproductive success just as well as the ‘real deal’. 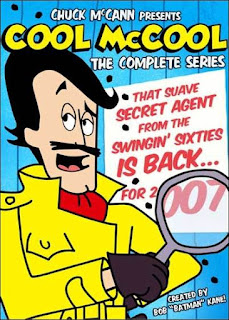 Today therefore, the ‘cool guy’, much of the time, is likely to be a fake, a complete scam —
a deliberate deception designed to attract the notice of others, serving only to bolster one’s self-esteem (a handy tool-kit item, of course, for buffering self-impermanence anxiety). Like the mostly female culture of cosmetics, and the largely male culture of conspicuous wasteful consumerism, the culture of ‘cool’, one might expect then, is commonly also a false advertisement. In other words, the cosmetics user is often not really as young as she appears, the young male who buys expensive fast cars (that he can’t afford) is often not really as rich as he appears, and the ‘cool guy’ whose countercultural style screams — “I’m too cool to care about convention or the latest trends that the masses follow” — is often just very concerned about appearing ‘cool’, and very talented (and concerned) about concealing that concern. 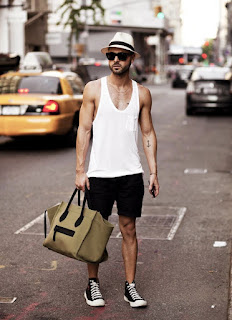 The latter is plainly evident in some men whose clothing makes a statement, but not because it is flamboyant or expensive. Just the opposite; instead, it looks understated for the venue relative to the average or ‘standard’ expectation — e.g. because it looks (sometimes ever so subtly) like it is past its best-before date, or because it is minimalist (e.g. a clean but plain undershirt, usually white, grey or black, and untucked or half-tucked), or because it is a style from an earlier decade. On the surface of course, the ‘cool guy’ here — despite obviously being able to afford the latest fashion — looks like he just can’t be bothered to make any significant effort in deciding what should be in his wardrobe. After all, only ‘cool guys’ can get away with that.


But nothing could be further from the truth; the wardrobe was cleverly and carefully chosen — including even with intentional visits to the used clothing store — in order to give the appearance that it was not carefully chosen. 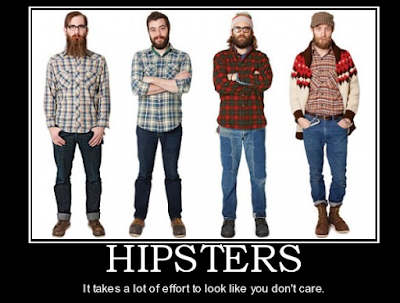 And so, just as with cosmetics and expensive fast cars, contrived ‘coolness’ will fool some of the people some of the time. The interesting and entertaining thing here lies in watching how the contrived ‘cool’ need to continually reinvent themselves, as the masses discover and copy what is ‘cool’ (thus rendering it no longer cool) — and in trying to decipher who these many pretentious fakes are, lurking in our midst. [It’s easier to spot them, when you’ve been one yourself].

Posted by Lonnie Aarssen at 2:03 PM