'Work hard – play hard' is a familiar slogan in popular culture. Its origin is uncertain but it can be traced to at least 1884 in an advertisement for Racine College — a 19th Century Episcopal preparatory school in Racine, Wisconsin — where it is attributed to its first Warden, James deKoven within the motto "Work hard, Play hard, Pray hard." (Brotherhood 2011, p. 88). The traditional inference involves a work ethic, with the principal focus on virtue in hard work, and connecting this (secondarily it seems) to associated value in play or leisure — enjoyable free-time pursuits. 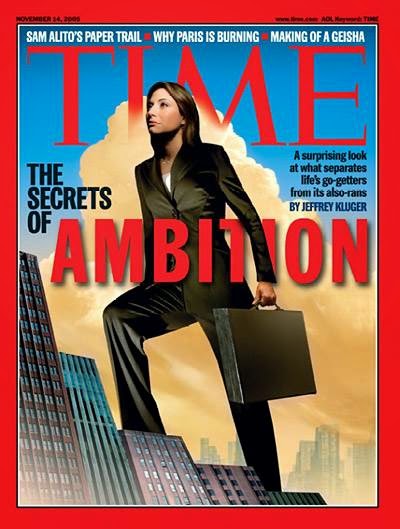 An interesting question is whether this is meant merely as a kind of prescription or manifesto for a cultural norm or lifestyle — effected through social learning — to indulge in leisure following (as an earned reward for, or to motivate additional) hard work. Perhaps it serves to extol a kind of 'work-life' balance or blend, thus recommending (for one's well-being) against 'all work and no play'. 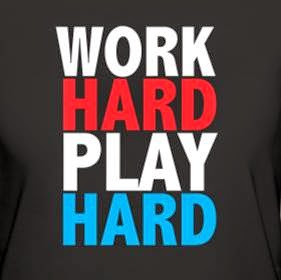 Or perhaps 'work hard – play hard' refers to an assumed, perceived, or expected association between two fundamental human penchants across a range of phenotypic variation (without any particular precedence of one necessarily needing to follow or to be evoked/triggered by the other). In other words, perhaps — interacting with effects of environment / social learning — there are deeply ingrained personality traits that drive one to work hard, and that these tend generally to be correlated with personality traits (also deeply ingrained) that drive one to play hard.

Or perhaps their alleged positive relationship is largely mythical, or weak at best. In addition to the slogan's meaning or why it exists, even more fundamentally the question remains as to the extent that 'working hard' and 'playing hard' tend in fact to be found together in representing the interests and motivations of resident individuals within a population. Even clear anecdotal evidence is hard to find.

To address this question, recently I designed a survey study together with student, Laura Crimi, involving a large sample population of Queen’s University undergraduates. Volunteer participants were presented with series of questions designed to detect variation in levels of attraction to both accomplishment/fame (or 'work'), and leisure/recreation (or 'play'’). The study also included other questions about preferences and interests, but in this post I will focus only on the most striking result: strong and novel support for the ‘work hard – play hard’ hypothesis.


In other words, our main prediction was that our index of attraction to accomplishment /fame would be strongly correlated with our index of attraction to leisure. And that’s exactly what we found (Fig. 1). The 'work hard – play hard' association, therefore, is clearly not just a cliche, nor is it mythical or ideological; it actually displays as a particular pattern of co-variation in priorities / preferences / personalities — at least for our sample of university undergraduate students.

We find these results interesting to interpret from an evolutionary perspective — i.e. to ask: do 'working hard' and 'playing hard' represent deeply ingrained motivations (conscious or unconscious), informed at least partially by genetic inheritance resulting from selection in the ancestral past?  We suggest that they may tend to occur together because they represent components of innate human drives (discussed in recent posts on MusingsOne.com) that evolved to alleviate the same uniquely human limitation on reproductive success: self-impermanence anxiety associated with mortality salience. Specifically, attraction to accomplishment can be regarded as a component of 'Legacy Drive', i.e. motivation to engage in goals that instill a delusional sense of being able to leave something of oneself — an 'extension-of-self' — for the future, as a perception of death transcendence. Similarly, attraction to play is a manifestation of ‘Leisure Drive’, also delivering self-impermanence anxiety buffers, but of a different sort — involving ‘escape-from-self’, as distractions, deployed through pleasurable free-time indulgences. [Note how conspicuous elements of both drives are represented in the manifesto — at left — for a fulfilling life, from genuinehealth.com.]


But why the variation in our data?  In other words, what accounts for participants who declared relatively low attractions to both work (accomplishment/fame) and play? The answer may be found in recognizing (as argued in my earlier post) that legacy delusions can be associated with not just accomplishment, but also (or instead) with religion and /or parenthood, and each of these may or may not have any particular correlation with attraction to leisure.  Other analyses (not shown here) suggest that our data include representation of two distinct personality types, equally equipped with adaptive self-impermanence anxiety buffers, but presenting very different psychologies:  a 'religious, family-oriented' type, and a 'secular go-getter'; the 'work hard – play hard' type.

Posted by Lonnie Aarssen at 7:45 PM