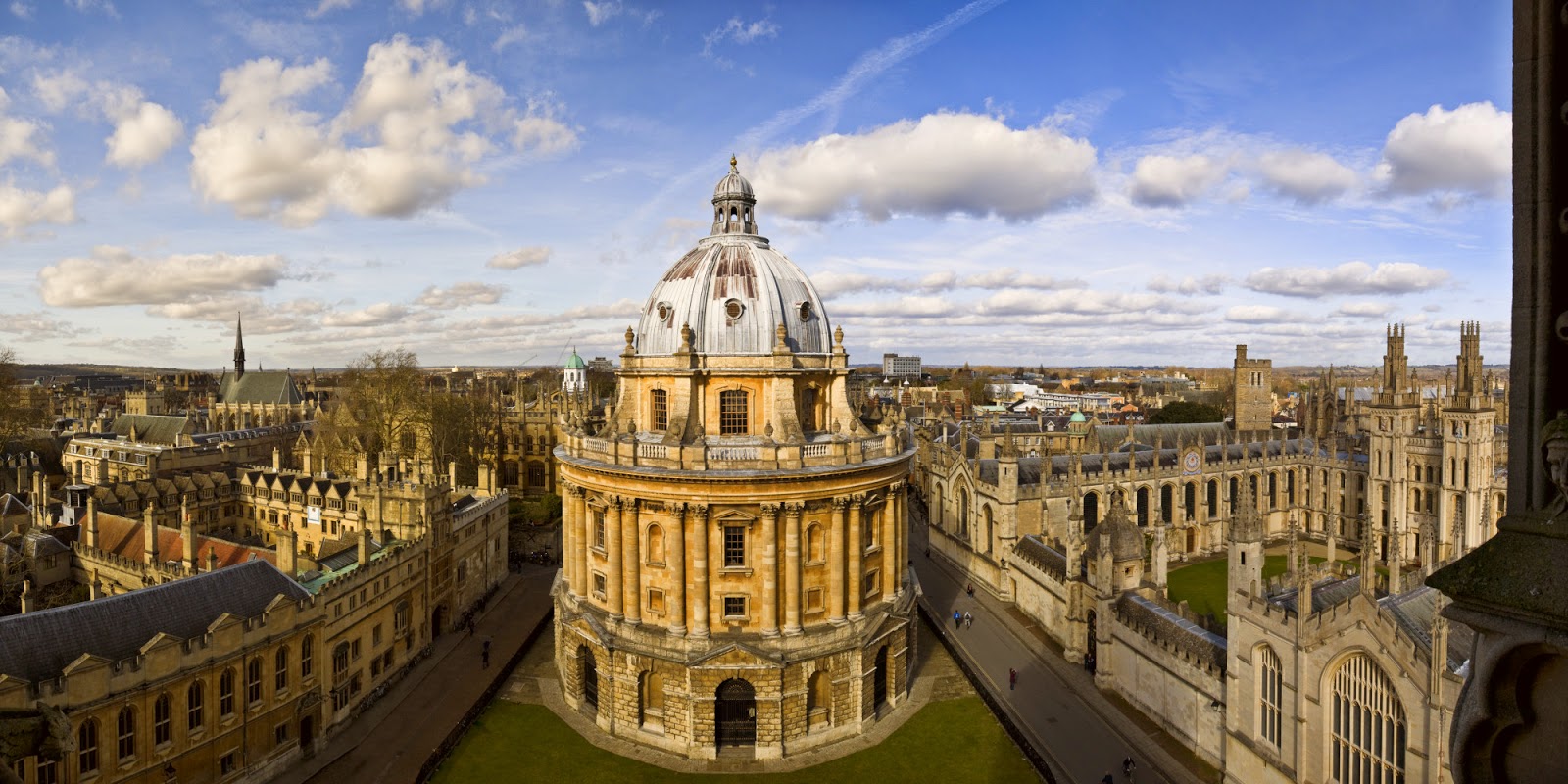 I have spent over 30 years in a career that has allowed me to enjoy, on a regular basis, one of the greatest pleasures of childhood: making discoveries by following one’s curiosity.
It has been a great privilege being able to earn a salary from doing what I love — curiosity-driven research, and sharing enthusiasm for it with students. It's what universities have always done.

Looking back on my productivity so far, I am pleased enough with its impact and contribution to fundamental science within my main field of study (plant ecology and evolution).  But I am struck now, in retrospect, by how most of it was pursued (and funded) with very little or nothing in the way of conspicuous goals in mind to address societal needs. This was of interest to me, but it did not drive me.

Of course I have always paid some lip service to ‘applied implications’ within grant applications.  But it was never expected of me to justify my (mostly lame) claims of ‘relevance’, nor to provide a progress report on these claims, nor to explain to the general public exactly how my research results — funded by taxing the public — had potential to contribute in some way, at least eventually, to human well-being or the betterment of society.  I certainly believe that my research has made contributions in this regard — in terms of a better understanding of how nature works — but probably not as much as it

might have, had I been encouraged and motivated to be more explicit in thinking and communicating about these connections. Importantly, I could have easily done this without weakening my contributions to basic science. But I didn't need to.

I take some of the blame for not showing more initiative on my own in this regard.  But such initiatives have not been a conspicuous part of popular culture within academia.  When I joined it over 30 years ago, there was pressure to fit into the professional ‘mold’, where the mission was defined (and still is) by an expectation to publish in the most prestigious fundamental research journals — journals that the general public did not have access to read from (and largely still don’t), and mostly wouldn't understand if they did.  I was given freedom and encouragement to gorge with exhilaration on the excitement of wonder in the exploration of new ideas, and the joy of discovery in the generation of new knowledge — purely for their own sake, all as part of my job description.  And all without any meaningful accountability to the public.

The temptation to indulge was like candy to a child.


But it is a very different world today, and the tide is turning more and more rapidly. Escalating global-scale crises — antibiotic resistance, terrorism, addiction to consumerism, collapsing economies, depletion of non-renewable resources, frenetic urban expansion, species extinctions, irreversible climate change, and other converging environmental catastrophes — require urgent interdisciplinary focus.  They demand that universities break free of their centuries-old mission to train and inspire the next generation of specialized 'blue skies' researchers and scholars within a series of largely isolated traditional disciplines. Universities love their traditions. But as Behm et al. (2014) put it: “Academics no longer possess the privilege of complacency, of choosing to remain cloistered within the walls of the academy, of engaging only with the members of their disciplines. We must assume our roles as agents of democracy and perform service that promotes the public good. Unfortunately, after numerous calls to action, academics have largely failed to make publicly active scholarship and civic engagement defining parts of their mission.”
I have been as guilty of this as any.

In response to these developments and realities there has been a wave of media buzz in recent years from politicians, journalists and social commentators challenging university research to ‘get with the times’ in making clearer its connection to needs that are important to society at large (e.g. Mervis 2013, Sarewitz 2013).  The Canadian government has responded in kind with determination to channel greater allocation of research funding into ‘innovation needs’, including for partnerships with industry in support of sustainable technologies, commercialization of research, and job creation (Owens 2013, Taylor-Vaisey 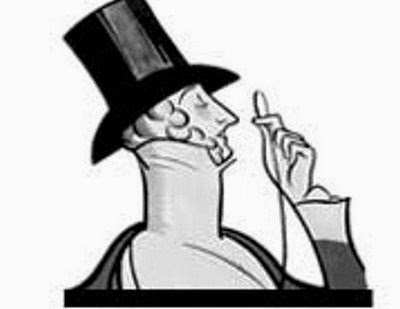 2013).  Calls for a stronger alignment with societal needs has also challenged universities to reconsider their roles as educators.  As Behm et al. (2014) put it, there are "… lingering public perceptions that higher education is elitist and unresponsive to contemporary social challenges."  And from Miller (2014): "... as universities have become providers of education for the masses of advanced societies, the narrow goal of disciplinary education is no longer fit for purpose.  The academy does not need thousands of economists or physicists to keep these disciplines going; we need only a small number of brilliant minds.  And yet the academy, because of its conservative disciplinary nature, insists on training legions of economists, religionists and physicists."

It is important for university researchers to continue to advocate for the support of fundamental research (e.g. Seidman 2014, Carmi and Crago 2014) but not by contrasting it with applied research.  What is needed is a more blended philosophy for defining the purpose of research.  In my view, this requires a new nomenclature to replace the archaic 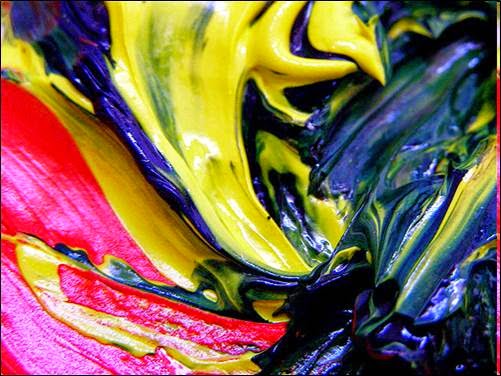 university research label that we call ‘biology’.  Specifically, we need modern labels that represent valuation branding — i.e. missions for discovery defined by the generation of new knowledge that is contextualized and integrated with problem-solving relevance for human societies. Essentially this means no longer thinking about basic and applied research as a dichotomy or a continuum, but instead regarding them as a blend.

Recently (Aarssen 2013), I identified three distinct research valuation themes that are already evident within most university biology departments, and that could be used for restructuring and naming new administrative units within the biosciences: (1) life health science; (2) life products science; and (3) life conservation science (Fig. 1).  As new departmental branding labels, these could easily be born out of the biological sciences in the same way that several distinct departmental brands for engineering — each representing an integration of problem solving with deep curiosity — were at one time born out of the physical sciences.

These valuation branding labels for university research would not only guide and expand the progress of bioscience.  They would also enable society to better appreciate what university researchers do and why they do it, including with parents seeing more clearly where their graduated daughters and sons might find careers.  Distinct valuation branding for bioscience would also allow researchers to organize themselves into more operational administrative units, in which members of each department overlap significantly in terms of how they define infrastructural needs and how they identify the expertise and skills of departmental colleagues needed for building and maintaining effective local collaborations and centers of excellence.  In addition, the diversification of departmental labels on the basis of valuation branding would strengthen the identification of priorities for university administrators to invest in future growth and increased support for bioscience research and scholarship.

Throughout the history of science, essential progress was made through the generation of 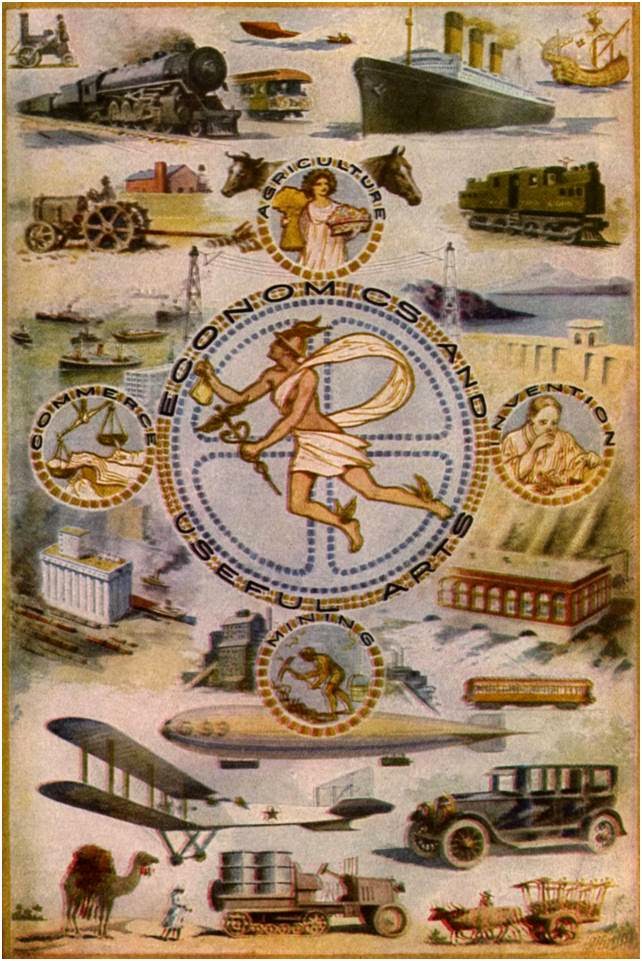 new basic knowledge from curiosity-driven research, without necessarily having any societal need or benefit in mind.  Much of it of course laid the foundation for applications that have given us the tools and technologies of modern civilization. But there was never any reason to worry that incremental and serendipitous advances in science, or the curiosity and creativity behind them, would have been compromised if attention to potential societal value had been blended in with the original research objectives.  It was (and remains) key that research funding be used to support the best scientists with the best ideas, but these great minds are more than talented enough to imagine and communicate how their objectives and efforts have potential to inform future value for society.  And even if an eventual societal value turns out to differ from the potential value that was anticipated, what harm would there be?

Research that includes basic curiosity as a motivation is of course still important today. But much (maybe all) of the ‘low-hanging fruit' has already been plucked.  And so, a culture 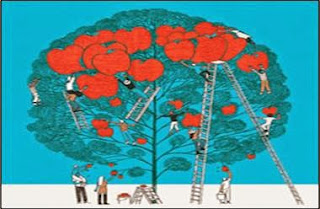 that continues to sanctify curiosity-driven, 'blue-skies' research, purely for its own sake — while neglecting or refusing to blend its objectives with application goals for society — runs an increasing risk of becoming an elitist, self-serving, intellectual void of esoteric and largely irrelevant eccentricities, completely disconnected from the practical concerns of humanity.

Researchers can no longer justify this approach by saying things like: “Well, it might lead to a discovery, someday, that might inspire an important unexpected application for society, and since we can't be sure whether a particular project will do that, we need to fund it anyway and just carry on with it, in case it does”.  If this was ever true, it has become much less so; today it is largely mythical, as Sarewitz (2013) put it (with sarcasm): "After all, the outcomes of basic research are unpredictable and therefore politicians need only pour in the money and stand aside as the scientists make the world a better place."
The general public and research funding agencies today are no longer convinced by this — because the average citizen is now too educated to be fooled by it.  In a 2013 Globe and Mail interview, the then federal Minister of State for Science and Technology said, “The day is past when a researcher could hit a home run simply by publishing a paper on some new discovery; the home run is when somebody utilizes the knowledge that was discovered for social or economic gain.”  It seems this is probably true according to a list of the top-50 "game-changing" research discoveries published recently by the Ontario Council of Universities; every one of them is lauded for it's public value.

If you have a hard time explaining the potential value of your research to society, there’s a good chance that it doesn't have any.  Sadly, this seems likely to be the case for the majority of published research, which apparently remains uncited in the literature — or virtually so, attracting only a small handful of citations, many (or most) of which are self-citations (Bauerlein et al. 2010, Remler 2014).

Maybe it's time some changes were made.

Bauerlein, M., Gad-el-Hak, M., Grody, W., McKelvey, B., and Trimble, S.W. 2010.
We Must Stop the Avalanche of Low-Quality Research.  The Chronicle of Higher Education. http://chronicle.com/article/We-Must-Stop-the-Avalanche-of/65890/

Carmi R., and Crago, M. 2014. This is the path of innovation.  Globe and Mail. http://www.theglobeandmail.com/globe-debate/this-is-the-path-of-innovation/article21300489/

Remler, D. 2014. How Few Papers Ever Get Cited? It’s Bad, But Not THAT Bad. http://blogs.lse.ac.uk/impactofsocialsciences/2014/04/23/academic-papers-citation-rates-remler/

Posted by Lonnie Aarssen at 5:03 PM